Have you thought about taking a news fast? People who do this exercise report that it can be life-changing. In this post I’m going to talk about why I’m taking a news fast, why I’ve done so in the past, and what I hope to gain from it. 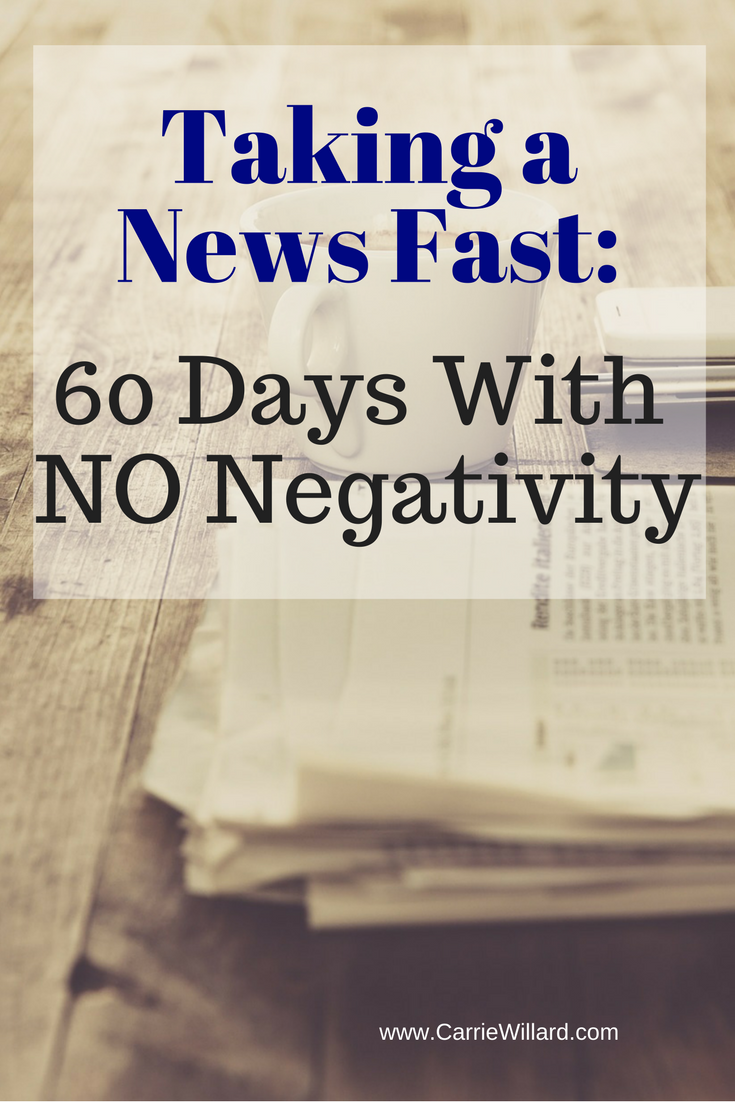 Why I Fasted From Watching The News 18 Years Ago

When my oldest son (nearly 19!) was born, I sometimes watched the evening news. He had a touch of colic, and I would have to walk him back and forth across the living room floor, or rock and nurse him nonstop from 6-9 p.m. to comfort him until he fell asleep.

To keep myself company during this time, I would flip on the news. While I held my precious newborn to my chest, image after disturbing image would flash in front of my eyes. One more thug who murdered his girlfriend’s baby in a fit of rage. One more kidnapping. Another coach, teacher or other “trusted” adult caught molesting a child. Etc.

I couldn’t take it. Combine sleep deprivation with the insecurity of new motherhood, sky-high maternal “mother bear” hormones and news-watching, and you have a recipe for emotional disaster. 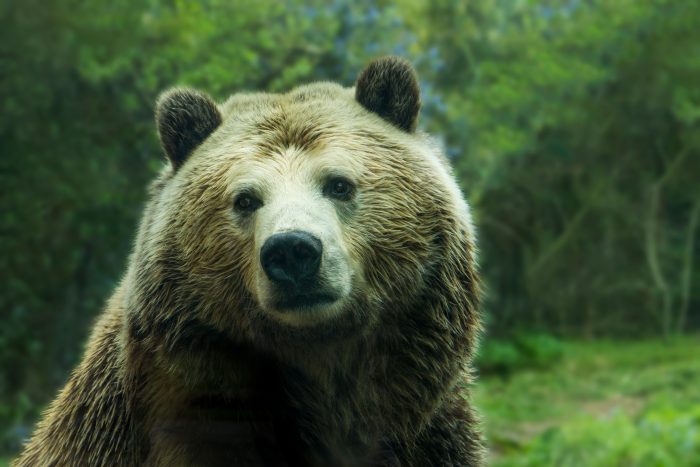 I wanted to find all those bad guys and mow them all down with my big bear paw. (Don’t let her fool you. She looks pretty cute and sweet here, but the claws come out when her babies are threatened. I once watched a documentary about bears once, and learned that a female will take on a male twice her size if she’s worried about her babies.)

So I quit. I turned off the news and didn’t watch it again for many, many years.

In Which I Start Watching the News Again

Uh-oh. You would think I would have learned my lesson the first time. After my preemie was born, I started reading the news again. I think I picked up the habit because I was spending so much time pumping while he was in NICU., and picking up the phone and scrolling the news feed occupied me.

After my son’s birth, my anxiety level skyrocketed to a place I had never experienced before.  For a time, my personality changed. I experienced profound sadness. Then anger.  I know now that I was going through the predictable stages of grief. Later, depression resulted.

Thankfully, that part is over, but the news-reading habit stuck. I began feeling fear about the state of the world, becoming worried every time I left my house, scanning the environment for threats, mistrusting my neighbors.

I have read personal stories here and there over the years of people who decided to do a news fast and how it changed their life, but I didn’t really know about any studies. So I decided to do a little digging. Here’s what I found.

Benefits of Taking a News Fast

Taking a news fast can help ease anxiety. Note what Dr. Andrew Weil says about it in this article.

“A number of studies have shown that images and reports of violence, death and disaster can promote undesirable changes in mood and aggravate anxiety, sadness and depression, which in turn can have deleterious effects on physical health. Even frequent worrying can reduce immunity, making you more vulnerable to infection.”

We tell ourselves a lie: that we consume news so we can be informed of the state of the world. But in a sense, ALL news is “fake news” because all reporters are human and therefore prone to bias, and media outlets have an agenda. They report news in a way that confirms their bias.

I like how this woman, who wrote about her news fast here, put it:

“The big news organizations are driven by the same motive that creates drug dealers: profit. They make money through ratings, and they get bigger ratings with inflammatory, contrived, and sensationalized reporting.”

In other words, if it bleeds, it leads.

Not to mention, seeing it through the lens of my faith, I know why these things are happening, and I know the outcome. (I’ve read the book, and I know how it ends!) I’m told to “rise up because my deliverance is getting near”. But doing so is nigh on impossible when I’m filling my mind with the gory details of specific events that I know mark the Last Days.

In this article about things to do instead of shop, I mentioned the relationship addictive behaviors have with brain chemicals like dopamine. Turns out watching the news is also addictive, and giving in to the craving just makes us stupid. We also stop thinking about the issues deeply because the media crafts them and hands them to us in a tidy package. They do the thinking for us! Read more here.

Here’s a great point in this article: out of the 10,000 news reports you’ve read in the last year, did one cause you to make a better decision in your life? (Rolf Dobelli, whose excellent book, The Art of Thinking Clearly, I reviewed here, wrote it.) So as it turns out, news doesn’t lead to better decision-making.

Since the news reports more on tiny but exotic threats (terrorism) and under-emphasizes bigger ones (the effects of chronic stress), it isn’t making us informed. We fear airplanes but jump in the car to run to Starbucks, even though the former is far safer. News makes us afraid of the wrong things.

It’s also clear that avoiding news makes us happier and more in control of our own lives. Which leads me to my final point: why I’ve decided to take a 60-day news fast now.

Why I’m Fasting From the News for 60 Days

I recently started a side hustle. There is no space for negativity in my brain. I’ve asked my husband not to inform me of any news stories and to avoid those topics in our conversation. (If a bomb is dropped on Kennesaw Mountain, I’m sure I’ll find out. But there is not a thing I can do to help little boys with bombs strapped to their backs in the middle east.)

I won’t check news on my phone or laptop (and we never watch it on TV, so that’s not an issue) for 60 days, maybe longer.

If you have a big goal in your life, you don’t have time for the news.

Even if you only consume it for 15 minutes a day, that’s nearly two hours a week you could be working on something more profitable: brushing up on a second language (did you know that bilingual people are less likely to have Alzheimer’s – now there’s a real threat), reading your Bible or other book that edifies you, or taking a daily walk!

Have you considered taking a news fast or actually done it? What did you notice about it? Please share in the comments.

I’ll be updating here for accountability and to share what benefits I notice (and any struggles I have too!)

(If you enjoyed this article, please consider pinning or sharing it. Thanks!)