Months ago, I decided I would eventually chop my hair off and at that time, stop covering the grey. And that’s exactly what I did.

Why I stopped coloring my gray hair

I started coloring my hair almost 15 years ago, in my 20’s, because gray began popping up. I blame genetics (my dad was totally silver in his 30’s – awesome on him, not so good on a 20something me) and maybe stress.

I created a Pinterest board with attractive, middle-aged and up ladies who embraced their natural hair color. It was inspiring. It is entirely possible to be la femme d’un certain âge and stay stylish and even (dare I say this in a culture that worships the god of youth?) sexy.

If you don’t believe me, check out the Pinterest board or watch several French or British films that feature older women. Across the pond, women aren’t kicked to the curb just when they’re in their prime. It’s refreshing. 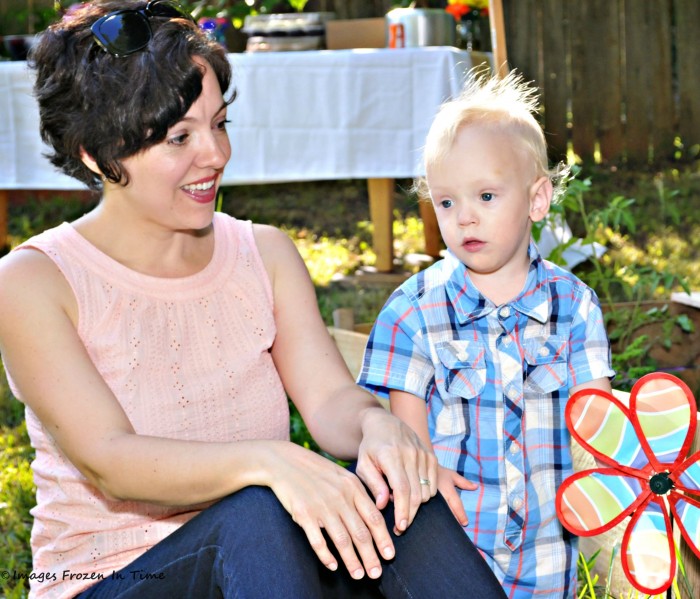 just a tiny bit of gray hair peeking out at my temples in this pic, taken in the summer of 2016

I have little in common with modern feminists, but I will insert here that we don’t put this pressure to look young forever on men. A man with a little silver at his temples is “distinguished“. I would never, ever ask my husband to color his hair just because he’s going gray. (And indeed, don’t people look down on that poor sap who dyes his hair? What a hypocritical double standard.)

We expect women to look 20 forever, yet judge women who have cosmetic surgery or are vain. What the what? And that’s all I have to say about that.

I would never in a million years want to go back to the clueless, insecure young woman who did sometimes desperate, stupid things to get the attention and approval of a man she loved. 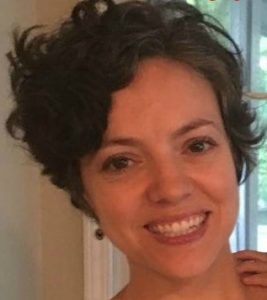 more gray hair peeking out at my temples and around my ears, winter 2016/7

Another recent source of inspiration was this post by Tsh Oxenreider on going grey in your 30’s. I left a comment here in which I expressed that I wasn’t ready to let my gray flag fly. This was just a few months ago. What changed my thoughts on that was cutting my hair.

One of the reasons I was tired of my hair was because I looked like a skunk when my roots began to grow. It’s one thing if your hair is lighter, but when it’s naturally very dark brown/almost black – you look like a witch.

I had a conversation with a woman I see on a regular basis because she works at the grocery store where I shop. She’s an attractive middle-aged woman with large, dark eyes and great cheekbones. She had a foxy short ‘do that I admired. We talked one day about the hassle of covering up gray. I told her that when and if I chopped my hair short, I would stop coloring it.

And that’s what I did.

Sometimes I look in the mirror (typically, only when the room is lit by fluorescent lights) and think, “Hmm. Yuck.” But everybody thinks this from time to time. I had plenty of “yuck” days when I had longer hair and when I was still coloring it too.

But most of the time, I’m ok with my gray hair.

After I cut it, I got more compliments on my hair than I have in years, from both men and women. (And not that it matters to me since I only care about the opinion of one man, but men do notice women with short hair. It’s a stereotype that all mean prefer long hair. What men like is the hair that looks best on the individual woman… and some women just look cuter with a shorter ‘do. Also, I believe that since short hair is unusual and speaks to a certain confidence, it can be a head-turner. Short hair says, “This is my face. I’m not afraid to show it.” Confidence is what’s attractive.)

Primarily, I just got tired of the whole coloring routine. It’s messy, stinky, time-consuming, and who am I really fooling anyway? I’m fighting a losing battle. I’m 41 and happy with that. It’s stupid to waste energy denying reality. It just is. Why fight it? I would rather spend my time and money taking care of myself and my health, laughing and loving and learning. These are the things that make a person attractive!

What’s more, dark hair dyes may increase cancer risk. Since I have an aunt and a grandmother who are in their graves due to breast cancer, and my mom is a breast cancer survivor, this is no small consideration for me. It’s weird to spend extra on non-toxic skin care products but then douse my scalp in strong chemicals every 4-6 weeks.

Short hair means I spend all of 30 seconds each morning on my ‘do. I get out the door, dressed and with makeup on, in 10 minutes. I like it best that way. It means I can spend more time doing what I really love. (This is different from being low-maintenance because you don’t value yourself.) I like the way I look more now, not less.

The other day when I took the kids to the pool, I met a lovely silver-haired lady watching her grandsons. Her hair was gorgeous in a braid ’round her head, like Heidi. I told her I loved her hair, and she told me why she decided to stop coloring it. Among other things, the Skunk phenomenon (she was also very dark-haired in her youth), and the splotches of black hair dye that ended up all over the bathroom counter and cabinets.

Meeting this woman reminded me of an experience I had with another lovely gray-haired older woman, that also reminded me of what true beauty really is.

When I was 15, I went with my mom to Colorado to visit relatives. We stayed with her second cousin, whose wife, although at the time was in her 30’s, was gray-haired. Her husband was a guitar-picking troubadour and sang us a song he wrote about her. It was called “Silver Strands in the Moonlight“. And it was about her silver hair!

I’ll never forget that day, or the love that was in his eyes as he sang about his wife’s gray hair reflecting the moon’s light. I remember her talking about how her hairdresser pressured her to color her hair. She said she had no interest in looking like she was in her 20’s.

Now I understand why.