Remember my complaint about the kids being bored this summer and getting on my last nerve?

I have been working on that.

The first plan of attack was to have the kids plan a menu and cook four nights a week. I placed them into two teams: Team A is the 18-year-old and the 13-year-old and Team B is the 15-year-old and 10-year-old.

I had them sit down with cookbooks and the ALDI sale paper and come up with a menu and shopping list. Here’s what they decided to cook:

First – clearly, my kids love salad. I’ve said it before, and it’s true.

The kids worked together beautifully and divvied up duties with me overseeing the process and offering advice on technique (and spice selection).

I wish I had snapped a pic of the nicely laid table, but I forgot. But I did get a pic of the very happy toddler stuffing his face with tacos. 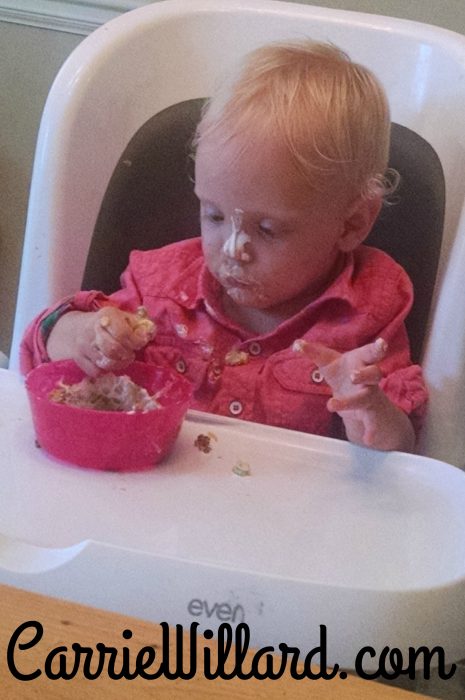 Little Man needs to work on his aim.

I could definitely get used to this!

I almost forgot to mention the best part: the kids, after making a shopping list, went to the grocery store and bought everything and put it away.

(They used my money of course!)