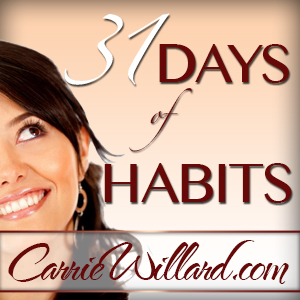 I have nothing against goals. Goals can be a great way to motivate yourself. However, in my life, I’ve found that creating habits that align with what I want to accomplish in life work far better than goals. I’ve read all about SMART goal setting (specific, measurable, attainable, reasonable, time-oriented). I know how and why to set goals. But so often, goals continue to frustrate me.

The only goal I’ve ever set that I can remember hitting was the goal I had, several years ago, of getting out of debt. Other than that, most goals I’ve set for myself haven’t worked. It’s not that I’ve never been successful at anything or haven’t gotten what I wanted out of life. I have, many times.

But I realize that the things that I’ve succeeded at that are important to me weren’t goals. I didn’t write them down or find an accountability partner or any of that. They were intentions. And I think there’s an important difference.

The word goal has become so common that it’s probably almost useless. Impotent really. Setting an intention feels more powerful. Goals are something you “try”.

I’ve come to the important realization that for me:

Habits are better than goals.

Looking back, I realize that the intentions I had that came to fruition became habits. That’s why they worked so well. When I set the intention to lose weight after a baby, I had no specific number of pounds in mind (I did want to fit into my old clothing though). But I began the habit of walking daily. If I had decided on a target weight, I would have been frustrated and disheartened each day as my weight fluctuated up and down by about 5 pounds (as it does for most women!).

Lately when I decide I want something for my life, I ask myself: What would I be doing every day if I had that?

In other words, what habits would I have that would bring about that result naturally, without my setting a goal?

It’s not that I won’t ever set goals again, or write things down, or whatever. It’s just that in my experience, habits and routines have a more powerful impact on my happiness and success.

One problem I have with goals is that they are so discouraging when I meet with failure. And they make me feel as if I don’t have permission to be happy until the goal is met. 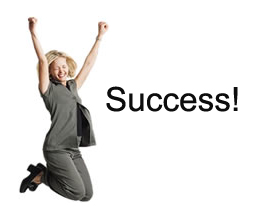 I mentioned that most goals I’ve set flat out failed, even when I did the work required to meet the goal. Another problem is that some of the goals I set require other people to take some action – something I can’t control. For example, as a blogger, my income is in part dependent on other people taking action – visiting my site, clicking on Google ads, buying through affiliate links, etc. It’s not just a numbers game. I can write until  my fingers bleed, but other people have to do stuff in order for me to earn money. So setting income goals has been pointless for me in my online business.

Perhaps goals work better for some people (and if this is true, why would this be?). My husband set a goal to earn a lot more money in February (commonly a slow month for him) than he is accustomed to. And he did it! It wasn’t a small uptick either, it was a significant difference.

I rarely set goals anymore. Rather, I focus on my intentions, and I create habits that would improve the outcome in the area I decide to focus on. For example, a couple of months ago I made it my aim to write 12 ebooks for Kindle in a year. It’s been almost 3 months, and I’ve written six. 12 ebooks in a year – that sounds like a goal!  But at the same time, I decided to devote my early mornings to writing these ebooks, thereby creating a habit that led to those ebooks.

What do you think? Are you a big goal-setter?