A No Spend Challenge update. This summer we’re saving for a down payment on a home, and I’m documenting my black-belt frugality moves.

IKEA antics from a previous trip. We didn’t buy any flat packed furniture this time.

I’ve been staying out of stores as much as possible unless there was some incredible deal I couldn’t pass up. (Remember, planning ahead and anticipating needs is a frugal principle.)

For example, I got all the school supplies I need for the upcoming school year for $8. The breakdown:

But in the interest of full disclosure during my No-Spend Summer, yesterday we decided to take a trip to IKEA. The little girls have been begging for months to go there because they love playing in Smaland, and there were a few things I needed.

Not needed as in food/clothing/shelter/oxygen needed, but “the thing I was using broke” needed.

Our electric tea kettle, which gets used at least half a dozen times a DAY, broke, and though we had been trying to fix it and use it despite its annoying brokenness, I decided to replace it with a stainless steel kettle that sits atop the stove.

Yes, we could use an ordinary saucepan to boil water, but pouring out boiling hot water from a saucepan into a tea cup presents a safety hazard (hello, it spatters) for my 10 year old who makes tea a couple of times a day.

Buying an old-fashioned stovetop kettle instead of an electric one saved money. Using gas to boil water is cheaper than electricity, and since it doesn’t have little plastic parts that don’t stand up to daily use by 9 people, it will last longer.

I also bought a large pot lid that fits two of our pans which have been lidless forever. Putting a lid on a pan makes the food cook faster which saves energy. Also, using a lid means chicken won’t still be raw in the middle when it’s done on the outside.

I bought a dish strainer. While the cheap plastic one was $2.99 and would have sufficed, I sprung for the stainless steel one which will last forever. Because as I mentioned, I am currently doing dishes by hand for 9 people about 72,000 times a day.

Buying quality is a frugal move.

I did stick to my list, although with hubby along, this was difficult. He grabbed wine glasses, because apparently he’s too uppity to continue drinking his nightcap out of an old jam jar. Hey – it’s a French Bonne Maman jam jar so shut up.

The nice thing about IKEA is that it’s a cheap date. They provide child care for 30 minutes free so you can get the things on your list, their prices are great, and you can eat supper there for a few bucks. (Hubby’s meal was $5, mine was $1.99) We also get free coffee and tea as IKEA family card holders (free to nab).

We didn’t spent any money on the littles at all (other than their dinner which was $5 for all), and they had a blast playing in the ball pit and afterwards, trying out all the kids’ beds like a couple of Goldilocks. “This one is juuuuust right!”

I managed to sashay right past the kitchen towels, tablecloths, pretty bowls for my yogurt, and other things I am usually tempted by at IKEA.

We also picked up several backpacks at $4 each. From these we’re making our Bug Out Bags. We’ve been wanting to do this for years and have never gotten around to it, but it’s time. These will be stocked with emergency water, foodstuffs, first aid kits, etc to keep the wearer alive for 72 hours or so.

My next step with the Bug Out Bags is to put a warm outfit in each, a rain poncho and index card inside a Ziploc bag with emergency phone numbers.

Do you have Bug Out Bags? What’s in ’em?

(Can you tell I’m trying to change the subject because I spent money? Is it working?) 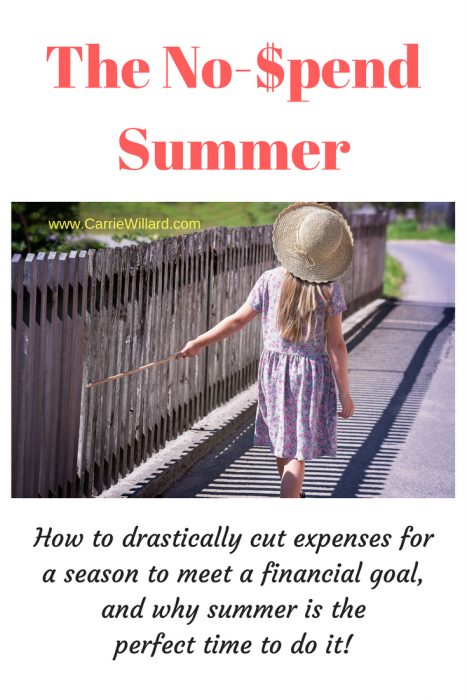