Parenting is not something you “figure out”. I’m learning as I go. As my kids grow and change, I change with them – out of necessity for their needs, but also because I’m changing. Still, I’ve learned some things over the past 18 years with these seven children. Here are 18 parenting lessons. 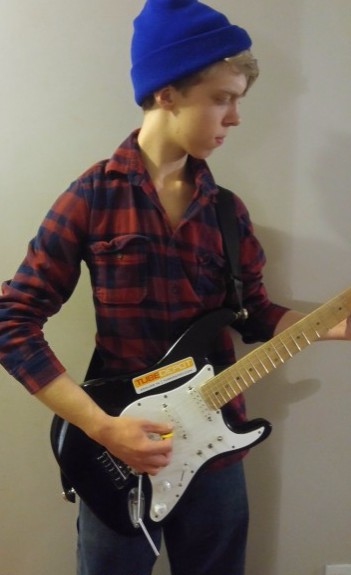 My oldest turned 18 a few days ago. He graduated from home school (my first grad! All that freaking out was for naught). We had a nice party for him. Funny, I was expecting to feel overly nostalgic about this milestone, but I wasn’t. This day I had mostly the same constellation of emotions that I’ve had about every other accomplishment my children have made.

In no particular order. 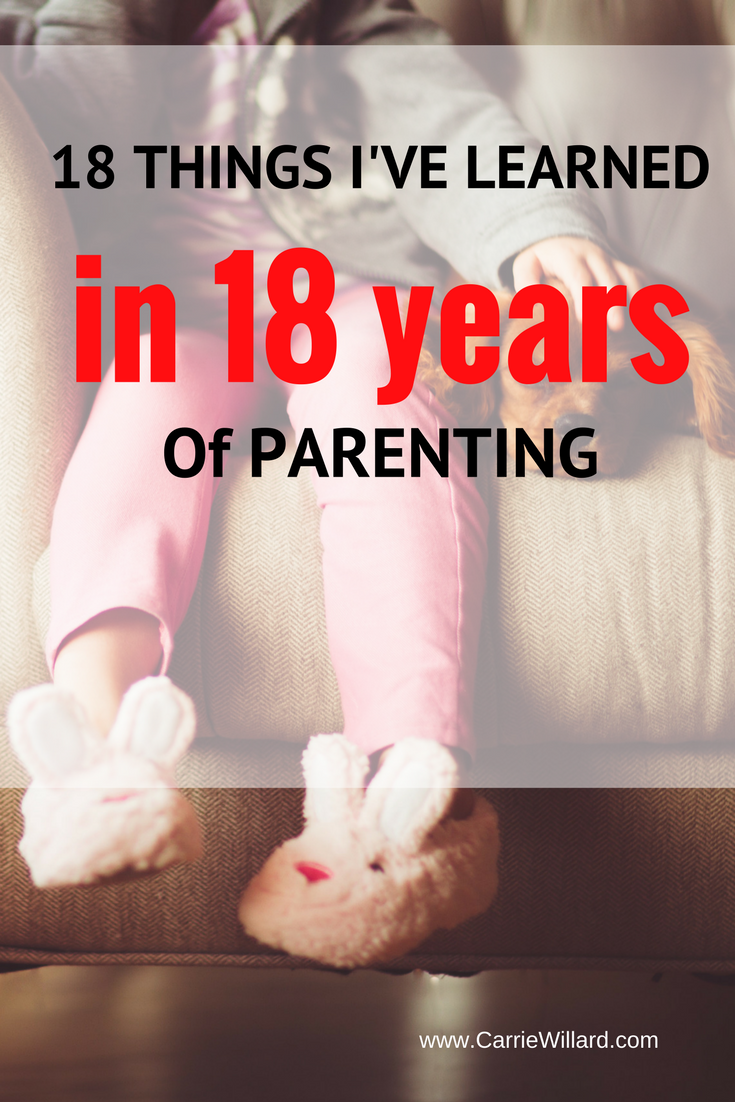 1) More time outside solves or improves most behavior problems

’tis true. Kids need to be outside. Kids who spend lots of time playing outdoors eat better and sleep better.

When they’re little this is easy, but when they get older and their interests steer them indoors, I sometimes have to push them a little. Take them camping or hiking. Ask them to nag you to go for walks because you’re middle-aged and fat. Whatever it takes. They feel better (and act better) when they spend time in nature. It’s just how we’re made, no?

Indeedy. What Amelia Bedelia said is true. Babies need to be aired out, just like light bulbs.

3) Pull-ups are of the devil

If you want to potty train a child, remove all diapers from your house. Your child can sense whether you are serious and are going to put your energy towards the endeavor, and they will potty train fairly quickly when they know you are serious.

4) Never excuse a child’s bad behavior because of something they’ve eaten, however…

Look at a child’s diet when they have been misbehaving. Often times a little extra protein and easing up on the carbs will help. And watch for low blood sugar. I have at least one child that can go from tantrum to tame in seconds when food is put in her mouth. Food intolerances can also contribute to behavior problems.

Don’t be shocked when your kids disappoint you. Children are often naive, but they are not innocent. And don’t get smug when they’re going through an awesome patch. Give them the benefit of the doubt, but don’t forget they’re as fallen and sinful as you are. Train yourself to under-react to a problem until you have all the information.

6)  If your children ask for something and you get a funny feeling in your gut, tell them “No” immediately, or tell them you need time to think.

Sometimes you can’t verbalize the reason for your misgivings right away, but it will come to you in time. If you’ve said yes and then have to recant, it will be stressful for your child and you, but if you go against your instincts you’ll nearly always regret it

Even the big kids love this time. Even when you’re frustrated and think they aren’t benefiting/listening, they are. More read-aloud also helps many homeschooling problems.

8) When it comes to disciplining young kids, act sooner rather than later

It’s far better to nip something in the bud right away: early in the day, early in the meal, whenever they’re doing whatever it is that’s getting on everybody’s nerves, than to keep giving them chances and overreact in anger. (Which is great fun for some personality types! See mom snap! Woo!). I love this book and easy method

for young kids (works WONDERS for my spirited 5-year-old. I mean it. Life changer.)

9) When it comes to disciplining older kids, under react to a problem

As the kids get older, the problems often get more serious and your emotions about them more complicated. Train yourself to wait and to under-react. Calm down and talk about it later when you’re alone with your child. 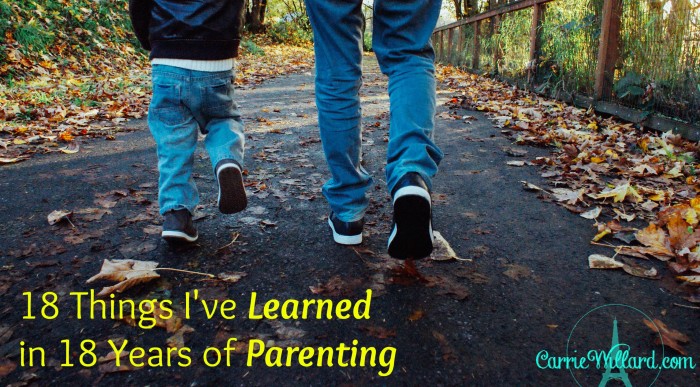 10) Introvert parenting tip: when it comes to having other kids over, have an exit strategy.

Just because I have a lot of kids doesn’t mean I like all children or want to take care of other people’s kids. And even if you’re having a grand time, some people just don’t know when to go home! Have somewhere you have to be or something you have to do at a certain time, and communicate that at the outset.

11) When things get tough, focus on the long-term goal.

I struggled to bring in my milk after a traumatic pregnancy and birth with my 7th baby. He had to have supplemental formula in the NICU, and I nearly lost my religion. (Read more about how I used a Lact-Aid supplemental nursing system.) The thing that kept me sane was focusing on the end game. My goal was to breastfeed him for years. A little formula in the short-term was going to help me in that goal.

Forget the type of parent you want to be. Get over yourself and be the parent your child needs. You may have gone into parenthood saying you’ll “never” do X, but then have a child who requires that very thing. That’s ok.

And teen girls gon’ be teen girls. They don’t hate their mothers, they’re just going through a tough time and taking out their angst on the safest person: mom. It’s a backhanded compliment, really.

13) you may be a different parent to each child

14) No matter how many kids you have, your life is as tough as your youngest child.

Even if there appears to be a clear victim/oppressor, you do more harm than good when you take sides. Discipline or separate them, but refrain from labeling them, because things are rarely as simple as that. (See #5! Even the innocent-looking one rarely is. Some kids act out in an obvious way, others are sneaky and passive-aggressive.)

Read: Siblings Without Rivalry: How to Help Your Kids Get Along

by Faber and Mazlish. While I don’t agree with everything the authors say, I use techniques from this book DAILY.

16) As kids get older, help them understand more about the “relationship” aspect of.. well, your relationship with them.

By teaching them about your own boundaries, expecting them to do nice things for you instead of always taking, etc., you are setting them up to have healthy relationships that involve give and take. It’s not bad to tell your child that you can’t listen to them right now because you need some rest. It’s healthy. Insisting on good manners helps you not raise a brat.

17) If I am demanding respect, I am not commanding it.

If I am reminding my kids that they need to respect me, or complaining about their lack of respect, I’ve already lost their respect. And it’s my fault! My behavior needs to command respect naturally.

I do that by being consistent in what I say and do and being the kind of person my kids can admire. And by not asking anything that I’m not prepared and willing to see through. The fortune is in the follow up.

19) Bonus tip! Don’t take bad behavior personally. Theirs or yours.

See #5.  We do the best we can, but God endowed all creatures with free will. He lost about a third of the angels to the Devil, and he is a perfect parent. You can’t let your kids break your heart when they behave badly. They’re just doing what humans do, and it’s probably not a reflection of you. Unless it is. If you see your bad trait being reflected back at you in the face of your child, get to work on that. Apologize and ask your child for forgiveness. And do better. Which is kind of the point of this life isn’t it?

What parenting lessons have you learned?