(Update: after learning that low-carb diets that exclude moderate carbs are a bad idea for me, I began a diet called TrimHealthyMama and blog about it here. I absolutely love it and have been on it for over a year now. I don’t eat sugar and won’t ever go back.)

About 7 weeks ago I started a low-carb diet in an attempt to boost my postpartum weight loss. The first month I lost about 10 pounds, but with a negative side effect: I had NO energy. 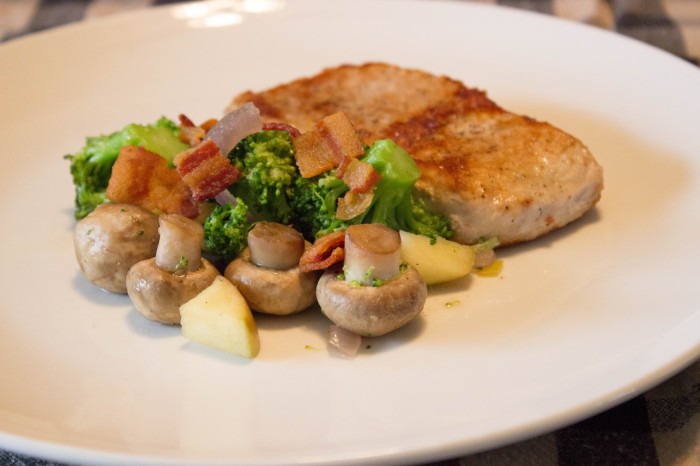 Enthusiasts call this the “low-carb flu“, and say it will end after a few days. But for me, it persisted for weeks, making it impossible for me to exercise or even have normal activity levels.

I tried lifting weights and couldn’t complete one set, I felt like I had lead in my veins. No good.

I added a bit of carbs back in (the occasional sweet potato, gluten-free toast, a bit of fruit) and my energy level soared.

Some recommend “carb re-feeding” in which a person eats as many carbs as they want for one day a week in order to avoid this.

I will say that eating fewer carbs has had the effect of dramatically increasing the number of vegetables I eat every day, which is definitely a good thing.

My grocery spending has also dramatically increased as a result of avoiding pasta, potato and rice or legume based dishes. I’m ok with this for now.

The Paleo diet, which includes sweet potatoes and fruit (so it’s more moderate carb), seems like a better fit for me. I read Chris Kresser’s Your Personal Paleo Code and it has excellent advice for people who experience problems eating low carb.

Unfortunately, adding carbs back in means the weight loss nearly stopped. I’ve only lost 2 pounds in nearly 3 weeks. It’s extremely discouraging! For the reasons I mentioned in the first post in this series, my body has been changed a lot by what I’ve been through this past year. I forgot that the antibiotics I took while in the hospital could also be contributing to the problem, by changing my gut flora in an unhealthy way.

Another book, The Skinny Gut Diet, that I read recently convinced me of the need to add probiotics back into my regimen. The guts of overweight people tend to be different than that of thin people.

This is one reason why two individuals can eat the same number of calories and get two different results. The simplistic calories in/calories out model has been disproven. (The author also recommends supplemental fiber pills, which I’m not going to do, but I do sprinkle ground flax on my food occasionally.)

The good news is that since adding moderate carbs back in, I have the energy to exercise, so I’m back on a daily program of walking or biking, and every-other-day weight lifting. Here’s hoping I’m able to get back to this soon:

This picture was taken when I was 7 weeks pregnant and my pants were just beginning to get tight. Sadly I’m not at this point yet!