[This post originally published a few days after my sixth child was born. Since she turned 4 yesterday I thought I would republish it.]

This morning your Dad kissed me goodbye and you were snuggled on my left arm and your big sister Ruby was lying on my right arm, having climbed out of her bed early this morning to join me, and I had the realization that I was going to be home ALONE without any other adult to help me today.

And I felt a little scared.

So I lay there in bed and said a prayer.

One wasn’t enough so I said another.

And then I counted it up and I actually got SIX AND A HALF whole hours of sleep last night and that made everything so much better. Maybe your mommy’s insomnia is going away. I don’t feel like a train wreck today.

And then I got up and got dressed (you were still sleeping soundly) and headed to the kitchen to start breakfast. And when I got there one of your big sisters Ilana was melting butter on the skillet and told me She Wanted To Cook My Breakfast and Would I Like Tea With That, and I had to fight back tears because I realized that you have the most wonderful big siblings in the world and that it was going to be ok.

And then at that very exact second Sadie walked over to my desk and pulled out that little coupon booklet of favors for me that she and Ilana made and reminded me that it was time to start using it. And I snapped a picture because it was so awesome. 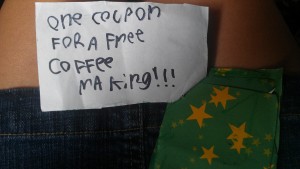 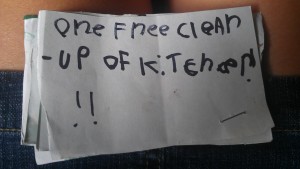 You can’t read yet but that says One Free Clean-Up Of Kitchen!! which is super awesome because you know how twitchy I get when my kitchen is messy.

And then Ilana brought over my breakfast on a tray and I had to take another picture so people will believe me because this stuff is so good I CAN’T MAKE THIS STUFF UP. 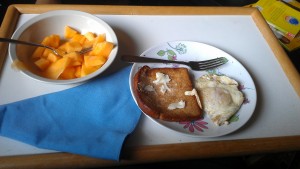 With cut up cantaloupe and everything.

Meanwhile I heard the dryer running because Caleb had already gotten started on the laundry.

And I realized that my prayer had worked not because of one prayer but because every day of my children’s lives I have served them and they have figured out that serving people you love is a very good thing.

And instead of feeling a little sorry for myself about wanting to be pampered because I am, After All, 6 Days Postpartum, I was thankful that God doesn’t mind a little sarcasm because he put up with sarcasm from Job and all his “woe is me” prayers. And I felt humbled and ashamed and proud all at the same time.

And everything is going to be ok because you have these awesome siblings.

And They Learned It By Watching Me. 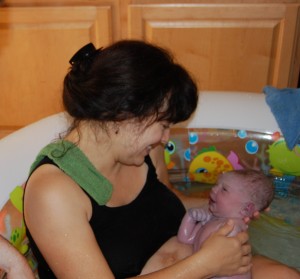 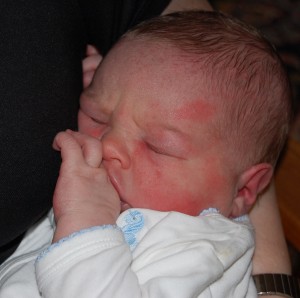