Five Frugal Things; this little meme keeps me accountable. Sometimes it’s tough to keep up frugality for the long-term

, so posting here helps me remember the little things I do every day to save money. 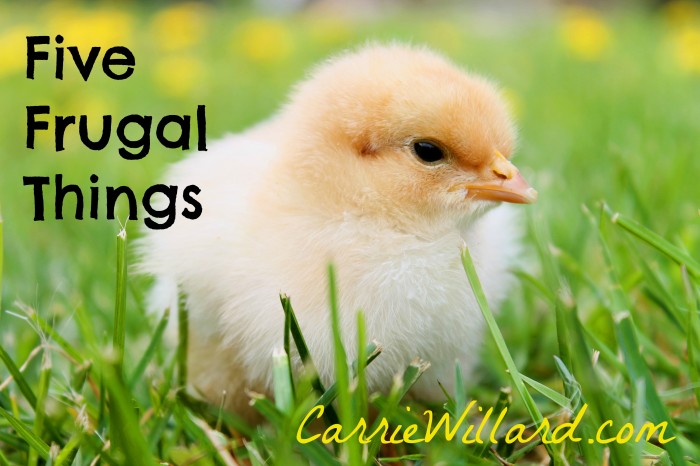 I snagged a 30 pound bag of organic brown rice at Bargain Hunt for $15.

Speaking of Bargain Hunt… I gave my oldest son a pile of cash to buy a new suit. I told him that whatever he didn’t spend he could keep. He decided to stop by Bargain Hunt on the way to K&G.

And would you know he found a suit that fits him perfectly, for $15?! 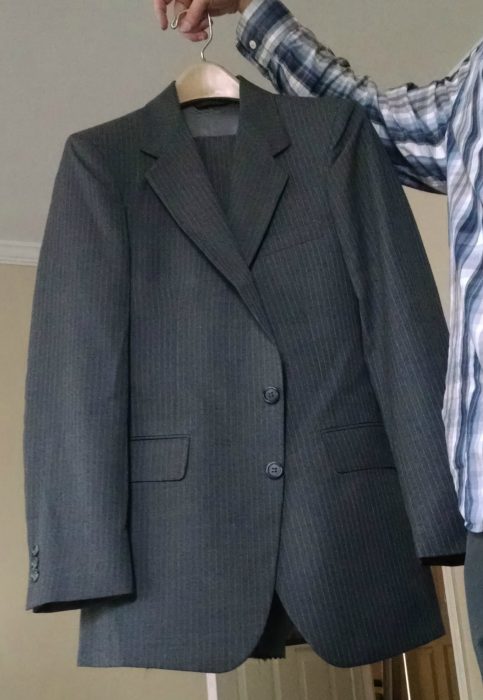 (This is not secondhand, it’s brand new.)

He had enough to get a second suit at K&G. Is frugality genetic? Apparently so.

Hung all the laundry

We’re not repairing the dryer so all the wash has to be hung. This saves around .40 – $1 each time, depending on the load.

Biked to the store

It was a cold but clear and gorgeous day, perfect for a ride. My nose and ears were frozen by the time we arrived, but I’ve learned to wear gloves and wrap a scarf around my neck, so I was warm everywhere else.

Lived without a car

Hubby has had some car issues lately, to say the least. His work truck’s engine exploded, requiring at least $4500 of repairs. Since it isn’t worth that much, he decided to donate it to charity and buy another. The truck he bought? A lemon. Unfortunately it was from a private seller so he has no real recourse.

So, he’s been using my car for work.

I don’t mind it. I prefer to stay home. I can order my groceries and other needful things online. I still get to work in the mornings because I do that from 5-8, before hubby leaves. So it’s all good.  (And it encourages me to bike to the store if I do need something now, see above.)

He plans on keeping my car for work; we’ll probably buy another family car (an 11-seater this time instead of our current 15-seater) in several months, after we move and establish a larger emergency fund. Not having a car saves at least $100 a month in car insurance.

Been up to any frugal adventures lately?