After I read Cure Your Child with Food: The Hidden Connection Between Nutrition and Childhood Ailments

I had already discovered that drinking pasteurized milk gave her symptoms. We drink raw milk, but occasionally she got pasteurized when we went to Starbucks and she would order a steamed milk. My system reacts the same way. Ever since I can remember I have had stomach pain and bowel issues when I drink pasteurized milk, but raw? I can drink several glasses a day with no problems whatsoever.

A particularly bothersome symptom, the nature of which is very personal so I won’t mention it specifically, disappeared immediately when I stopped allowing Sadie to have any pasteurized dairy.

This symptom had been an issue for many many months and was quite bothersome to her (and honestly, me too). Hence, it’s been fairly easy to keep her away from pasteurized milk.

Gluten is harder of course. I suspect gluten because several years ago I had extensive allergy testing  and tested positive for wheat allergy. This kind of stuff tends to run in families. She’s also having symptoms (coughing at night, and an occasional bright red nose that coincides with dark circles under her eyes) that make me suspect allergy.

After my tests, I stayed gluten free for well over a year. The only improvement I noticed was weight loss. (I was also going through a divorce at the time, so I’m not certain which was the cause.) Incidentally I’ve been off wheat for about 10 days and haven’t noticed my symptom improving. My bothersome health complaint is constipation. I don’t mind sharing. I’m going to give it a solid month before I re-introduce wheat.

To put it mildly, the issue of food allergy/sensitivity can be a source of consternation. Allergy tests are notoriously frustrating and even elimination diets can sometimes be confusing.

So I asked Kelly Dorfman, nutritionist with 29 years of experience and author of Cure Your Child with Food, if she would answer a few questions about kids and food allergies, and she agreed.

Carrie: What are some of the most common symptoms of food allergy among kids?

Kelly: First, I need to clarify that ‘allergy’ in medical terms means something that elicits a histamine reaction.  If you do not have a hive, redness, itching or swelling within a few hours of exposure to a substance, it not considered an allergy but a sensitivity or reaction.

By that narrow medical definition, it is pretty easy to see an allergic reaction unless it is deep within the digestive system. Just today, a mother reported to me that her toddler tried some black beans and within twenty minutes started vomiting profusely. That is likely an allergic reaction. 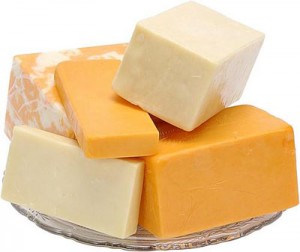 Food reactions and sensitivities are trickier because the reaction can be delayed or involve the nervous system.    Therefore, symptoms can be anything from stomach pain to mood swings to headaches. Skin reactions can happen a whole day after the food is eaten.

One of the most common symptoms I see that parents don’t think to link to food reactions is frequent illness. Another set of parents I spoke with this morning reported their son stopped getting sick every few weeks when we took dairy foods out of the diet. It has been a busy day for food reactors!

Carrie: One of the things I liked about the book is that it uses real stories from actual kids. Some of these kids had symptoms that most people would never connect with food. Such as: a feeling of always being hungry/lack of appetite, depression/bipolar, underweight/overweight, insomnia, etc.

Carrie: Why are so many more kids (it seems) having issues with food intolerance today? Is this just a fashionable diagnosis? A lot of people are doing gluten free diets, for instance, even if they have no real symptoms.

Kelly: I believe we are causing the problem by messing with the genetics of food and being poor stewards of the environment.  You cannot expect to dump 100 million tons of arsenic into the air and soil (which we did) and not expect it to come back to haunt us (hello, arsenic in rice). Unfortunately, that is one of hundreds of examples.

As far as genetic engineering goes, the dramatic increase in food reactions started shortly after the mass introduction of genetically modified organisms (GMOs) into the food supply in the late 1990’s. Scientists warned the government that the kind of genetic alteration done when creating GMOs would likely lead to increased reactivity to food and it has.

Carrie: WOW. I’ve also read a lot about the hybrid wheat we have cultivated in recent decades being part of the problem. It contains more gluten, and food manufacturers put gluten as a thickener and flavoring agent in packaged foods, so we have more exposure.

Why do your books recommend supplements – especially zinc – for kids? Can’t we get everything we need from food?

Kelly: I don’t recommend zinc for all children but it is often low in the diets of picky eaters. Typically, picky eaters are heavy on the white foods: cheese, pasta, cereal and refined grains. Sometimes they will wash it down with a little fruit juice or even eat fruit but none of these foods contain significant zinc.

In theory, all the nutrients you need can be obtained from food.  In practice, this is very, very rarely the case. Intake studies consistently show that a majority of  children in this country have dreadful diets. And there is a big gap between what parents mean to give their children or think they are giving their children and what they actually are eating. Supplements, for me are insurance against modern living and a reality corrector. Other times, they are part of a targeted nutrition program designed to deal with a specific symptom.

Carrie: This means that the best way to confirm allergies is through elimination diets, which parents can do themselves.

How long does a child need to be on a restricted diet once an allergy is confirmed? Will they ever “grow out of it”?

Kelly: Usually somewhere between a few years and forever. Sometimes kids grow out of allergies but we are increasingly seeing kids grow into them. It is a trial and error process. One family took their son off peanuts due to a strong positive response to a traditional allergy test. It has been 2 ½ years and they asked me recently when they could try peanuts again. I sent them back to the doctor to retest peanuts to see if the child’s response is abating.  Only then would it be safe to try.

Kelly’s blog is here and her book is available from Amazon.com

Do you have food allergies in your family? What has your experience been like?